Home » Blog » Liposuction Away the Unwanted Fat this Winter

Liposuction Away the Unwanted Fat this Winter 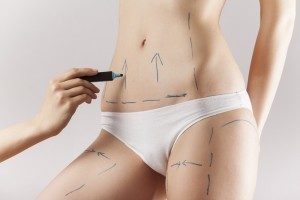 While we pride ourselves on taking winter in stride in Calgary, we still put away our shorts and bathing suits for a few months (except for those polar bear plunge contestants!). That makes this a great time for Dr. Perron to take care of those pockets of stubborn unwanted fat with liposuction.

With the exception of the Flames’ entire roster, we all have pockets of fat here or there that seem to be impervious to anything we do to try and get rid of them. You know where these pockets are — the abdomen, thighs, buttocks, even under the chin. Liposuction with Dr. Perron can suction away the fat for good, leaving you with a slimmer contour.

Most people have at least heard of liposuction. It’s hard to believe that the procedure has been around in the Canada for about 35 years. When the procedure was first introduced in the early 80s, coming over from France, it was a pretty violent procedure. Larger cannulas were used and they had to be moved about quite aggressively under the skin to break loose the fat before suctioning it out. That’s why patients had to be under general anesthesia, and there was some serious tissue trauma and bruising that could linger for months afterwards.

Liposuction is quite different now: it’s more effective and targeted, all while being far less invasive. The procedure is typically performed under sedation or “twilight” anesthesia as an outpatient procedure. Dr. Perron uses the tumescent technique for all of his liposuction procedures, where a saline solution containing lidocaine is first injected into the target areas to minimize the pain and firm the fat, making it easier to remove. The solution also contains epinephrine to constrict the blood vessels, limiting blood loss and bruising. A cannula is then inserted to suction out the fat and liquid. The cannulas used in modern liposuction are much smaller, so the corresponding incisions needed to access the fat pockets are very small, usually not even requiring stitches.

Where can liposuction be used?

Not for weight loss

There is a misconception with some patients that liposuction is a weight-loss procedure and that large quantities of fat can be removed. But that’s not the case — removing too much fat at one time can actually be dangerous. Dr. Perron prefers for his patients to be within 10 percent of their ideal body weight to qualify for the procedure.

A cold Calgary February is a great time to get rid of those unwanted pockets of fat and slim your contours. Call Dr. Perron at (403) 228-7076 to schedule a consultation for liposuction.