Home » Blog » Long Lashes to Bat an Eye Over

Long Lashes to Bat an Eye Over 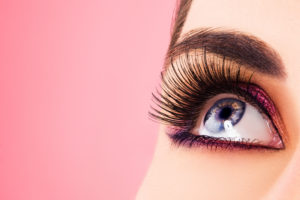 A woman’s eyelashes are an interesting predicament. Every woman wants longer, thicker lashes, but to what extent? Would you glue on fake eyelashes and look like Ginger from the old American TV show Gilligan’s Island? Or would you cake on the mascara until you looked like your eyelashes weighed 50 pounds?

OK. No one wants to look as if they should be in a burlesque show in Moosejaw!

But what if you could actually grow longer, thicker lashes on command? Now you can with Latisse. Latisse is the first and only Health Canada-approved prescription treatment for growing longer, fuller, darker eyelashes.

How does Latisse work?

This isn’t some late-nite TV show gimmick! Latisse actually grows longer, darker, thicker eyelashes. The discovery of Latisse was accidental, as many discoveries are. Scientists at Alergan, a U.S. company, were working on an eyedrop to relieve intraocular pressure in the eye. Subjects in the test found that their eyelashes grew during the study, so the company began testing the active ingredient, bimatoprost, specifically for growing eyelashes. It proved effective and the U.S. FDA approved it in December 2008. Health Canada followed in 2010. It is believed that the bimatoprost increases the anagen phase (that’s the growth phase) of the eyelashes.

But Latisse doesn’t work overnight. You apply the product nightly on the upper lash, as if it were eyeliner. The bimatoprost in Latisse stimulates the lashes to grow. The treatment works gradually and your eyelashes will experience real growth over time, generally 12 to 16 weeks. But you must stay with it — once you start the treatment, the topical solution must be applied continuously each night until you achieve the desired results.

In tests from Allergen, Latisse was shown to be effective in 78% of the participants at the end of the 16-week test period. Specifically, patients using Latisse experienced a:

Get a prescription from Dr. Perron for your new eyelashes!

Interested in having those long, dark eyelashes you’ve always wanted? Come see Dr. Perron and we’ll see if Latisse is right for you. Call us for a consultation, (403) 228-7076.