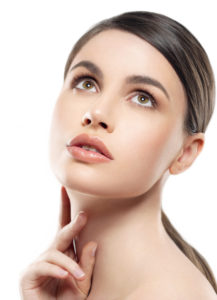 There have been some famous big noses out there. You may be familiar with the American comedian/actor Jimmy Durante, for example. His nose could have had its postal code, and he made it a part of his persona and his career.

But for the rest of us, if we have a nose we don’t like, it’s not as if we can use it to gain traction at work. Instead, we just get to see it every morning when we look in the mirror. Maybe it’s too big, too long, too curved, features overly large nostrils, has a bump on the crown, or has other issues.

But you don’t have to live with a nose you don’t like. Dr. Perron can perform nose surgery, clinically known as rhinoplasty, to give you a nose you like to see every morning. The surgery can be purely cosmetic, or it can be used to correct a defect with the nose or to rectify damage from an injury.

Rhinoplasty removes, rearranges, or reshapes the bone or cartilage of the nose to correct deformities. As one of the main focal points of the face, the nose has a big impact on how people see themselves. Many people feel their nose isn’t in the balance with the rest of their face; rhinoplasty can correct that.

Deciding on your new nose

During your consultation with Dr. Perron, you will discuss how you want to change your nose. We use digital photos and computer imaging to allow you to see what those changes will look like. The extent of the changes you seek will dictate the appropriate surgical method we use. Before you come in for your consultation, it’s a good idea to have done some research on your own. You can even provide photos of noses you’ve seen on the Internet that encompasses characteristics you would like in your nose.

Dr. Perron performs nose surgery in our surgical facility with the patient usually under general anesthesia. In cases where the patient desires more involved changes, Dr. Perron will often use the “open” approach. This is the method where the incisions are created across the tissue between the patient’s nostrils. If the goal is to reduce the nose size or shape or to straighten it, the skin covering the underlying bone and cartilage will be separated, allowing the cartilage and bone to be reshaped. Once this has been done, the skin is then re-draped over the surface. Flared nostrils can be narrowed by creating an incision at the junction between the nose and the skin of the upper lip. The “closed” method, where all incisions are made inside the nose itself, is used whenever possible, but it doesn’t allow wholesale changes.

After surgery, a lightweight splint is used to maintain the shape of the nose. This splint is removed within a week following surgery. During surgery, nasal splints may be inserted to protect the septum. These splints are also removed within a week. You will have a good deal of swelling and extensive bruising following your procedure. Stuffiness is expected after surgery, especially when changes have been made to the septum. You’ll have to be sure to sleep on your back and not put any pressure on your new nose. Recovery usually takes one to two weeks, but some residual swelling can continue for a few weeks.